skip to main | skip to sidebar

In my email this morning, posted to the American Scientist Open Access Forum, was a message about a just-released tool called Journal Info. Designed as a partner website to the Directory of Open Access Journals (DOAJ, at http://www.doaj.org/), Journal Info presents information for about 18,000 journals. Some of the data is basic stuff (e.g. ISSN, publisher URL, etc.) but there is also a nifty section that lists fields dealing with "reader accessibility", most of which are OA-connected. Here's the "reader accessibility" information for the Haworth journal Serials Librarian:

There's also a section called "quality" which lists the indexes a journal appears in and something called the Frida Score (Serials Librarian has a "low" Frida score). To be honest, I'm not sure what a Frida Score is; I'll have to do some digging...

Though Journal Info treads into territory held by Ulrich's and others, I think it could be a handy tool, especially the "reader accessibility" section.

The URL for Journal Info is http://jinfo.lub.lu.se/. I was created by the good folks at Lund University Libraries, with financial support from the National Library of Sweden.
Posted by Andrew Waller at 10:17 AM No comments:

CLA Executive Council has approved some recommendations from the Open Access Task Force that move CLA towards providing virtually all of its intellectual property free of charge, in digital form, online and free of most copyright and licensing restrictions. The revised policy has four parts:

CLA will provide for full and immediate open access for all CLA publications, with the exception of Feliciter and monographs The embargo period for Feliciter is one issue, and the embargo policy itself will be reviewed after one year. Monographs will be considered for open access publishing on a case-by-case basis.

CLA actively encourages its members to self-archive in institutional and/or disciplinary repositories and will investigate a partnership with E-LIS, the Open Archive for Library and Information Studies.

CLA will generally provide for the author's retention of copyright by employing Creative Commons licensing or publisher-author agreements that promote open access.
CLA will continue its long-standing policy of accessibility to virtually all CLA information except for narrowly defined confidential matters (e.g. certain personnel or legal matters).

The Task Force's Report is available by clicking here

Disclosure: I am the Convenor of the CLA Task Force on Open Access. Many thanks to Greg Linnell for preparing the report, and to the CLA Executive for moving on the recommendations!
Posted by Heather Morrison at 8:53 AM 2 comments:

Peter Jasco's Review of E-LIS on Peter's Reference Shelf is available at: http://www.galegroup.com/reference/peter/200705/e-lis.htm

Peter compares E-LIS with other LIS Open Access Resources, such as the smaller DLIST repository and the larger EBSCO's LISTA. Both E-LIS and DLIST contain documents not available in LISTA.

Strengths of E-LIS include international and multilingual coverage, the JITA Classification scheme, and exceptional browsing functionality. More than half of the over 5,800 documents in E-LIS are peer-reviewed.


[Disclosure: I am on the E-LIS Administration Team, and an enthusiastic E-LIS contributor!]
Posted by Heather Morrison at 8:16 AM No comments:

It's been reported well in a variety of places that the Journal of Experimental Botany, an Oxford University Press hybrid journal, will be waiving submission fees for authors who work at an insitution that has a current subscription to the journal. When this announcement first came out (June 19), I wondered if this applied to libraries that received the journal as part of a consortial or package deal; this may be particularly important in Canada (where I am), as many of the university libraries are part of a consortial deal for the OUP journals via the Canadian Research Knowledge Network arrangement. A follow-up message on June 20, posted to the LIS-E list (this was the only place I saw it; it may have appeared elsewhere), indicated that participants in deals of this nature are also entitled to the waiver. Good news, I think.
Posted by Andrew Waller at 1:51 PM 1 comment:

Winner will receive $1,000, a public screening and a "Sparky Award"

The contest, details for which are online at www.sparkyawards.org, encourages new voices to join the public discussion of information policy in the age of the Internet. Contestants are asked to submit videos of two minutes or less that imaginatively show the benefits of bringing down barriers to the free exchange of information. While designed for adoption as a college or high school class assignment, the SPARC Discovery Awards are open to anyone over the age of 13. Submissions will be accepted beginning in mid-July and must be received by December 2, 2007. Winners will be announced in January 2008.

The Winner will receive a cash prize of $1,000 along with a "Sparky Award." Two Runners Up will each receive $500 plus a personalized award certificate. At the discretion of the judges, additional Special Merit Awards may be designated. All the award-winning videos will be publicly screened during the January 2008 American Library Association Midwinter Conference in Philadelphia.

"The YouTube generation has a critical stake in how information can be used and shared on the Internet," said SPARC Executive Director Heather Joseph. "The SPARC Discovery Awards provide an outlet for their views and an opportunity for the rest of us to understand their perspectives. We hope these videos will help spark an expanded, informed, and energetic discussion."

SPARC expects to sponsor the Discovery Awards annually, as a means of supporting public discussion of critical information issues. The 2007 contest theme is "MindMashup." Mashup is an expression referring to a song, video, Web site or software application that combines content from more than one source.

For details, please see the contest Web site at http://www.sparkyawards.org.

SPARC (Scholarly Publishing and Academic Resources Coalition) and its affiliated organizations, SPARC Europe and SPARC Japan, are an international alliance of academic and research libraries whose advocacy, educational, and publisher partnership programs encourage a more open system of scholarly communication utilizing the Internet. SPARC is on the Web at http://www.arl.org/sparc/.
Posted by Heather Morrison at 12:23 PM No comments: 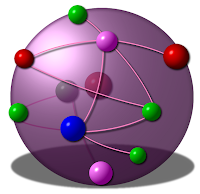 The speed of change in scientific and biomedical publishing is surprising sometimes (and the uptake of the use of Web 2.0 tools by the journal community).

Perhaps you know about PLoS One? Now, here's Nature Precedings:

"Nature Precedings is a place for researchers to share documents, including presentations, posters, white papers, technical papers, supplementary findings, and manuscripts. It provides a rapid way to disseminate emerging results and new theories, solicit opinions, and record the provenance of ideas. It also makes such material easy toarchive, share and cite. The whole service is free of charge."

And, even an editorial on this new project, intended to cover biomedicine, chemistry and the Earth sciences.

Will Google scholar crawl all of these knowledge objects? Where will all this fragmentation leave our searching? Boggles the mind. - Dean
Posted by Dean Giustini at 10:29 AM 3 comments:

Here, some of my Open Medicine colleagues discuss the circumstances that led to the launch of the Journal, and its existence as an example of open access's contribution to academic freedom.

1. "Open Medicine was born of an editorial interference incident in the field of medical publishing, a field which is distinguished by its own professional and commercial influences." (You can say that again. DG)

2. "For all of the attention spent on finding the perfect economic model for increasing access to knowledge, it is important not to lose sight of scholarly communication’s other basic principles, beyond dissemination, namely editorial independence, intellectual integrity, and academic freedom." (What models will survive?)

3. "The ability to start a new journal that is able to establish its intellectual, as well as financial, independence from forces and traditions that might otherwise compromise that independence remains a critical factor in guaranteeing academic freedom within the global scholarly community."

4. ..."opening science to a larger world has always been a motivating force in scholarly publishing, [but] this openness is not just a matter of journals. Today, it includes initiatives focused on open data, open source biology, open encyclopedias, and a number of different “open science” projects." (Don't forget open search.)

5. "Open Medicine has raised the stakes for open access by demonstrating how this new approach can be used today to reassert editorial independence, intellectual integrity, and academic freedom." (And raised the stakes for librarians, I say.)
Posted by Dean Giustini at 12:27 PM No comments:

Ted and Carl Bergstrom have been recognized as SPARC Innovators.

Excerpt from the SPARC announcement:

Washington, DC - June 5, 2007 - SPARC (the Scholarly Publishing and Academic Resources Coalition) has recognized Ted Bergstrom and Carl Bergstrom as the new SPARC Innovators. The father-son team advances the open sharing of scholarly information through original research and the creation of innovative tools that are used widely by the academic community to assess the value of research.

Ted and Carl are best known for their collaborations on Ted's journal pricing Web pages and, more recently, on the Eigenfactor.org Web site produced by Carl's research lab. Ted's journal pricing page, which offers data reporting price per article and price per citation for about 5,000 academic journals, has centralized pricing information so it can be explored and compared in ways that were previously impossible. The site has become a vital resource for researchers and librarians alike. Carl's Eigenfactor.org site offers a completely new and innovative approach to assessing the value of journals; it provides researchers, librarians and others a new mechanism to evaluate based on a diverse array of criteria.

Ted, an economist, holds the Aaron and Cherie Raznick Chair of Economics in the Economics Department at the University of California Santa Barbara. Carl, a theoretical and evolutionary biologist, is an Associate Professor in the Department of Biology at the University of Washington. To read in more detail about the Bergstroms' contributions to scholarly publishing, please see the SPARC Innovator Web page.
Posted by Heather Morrison at 7:58 AM No comments:

Peter Suber has just released the June 2007 SPARC Open Access Newsletter. Highlights include a feature on author's rights and open access, 99 open access developments in May, and clarification of OA-related acronyms with more than more meaning.
Posted by Heather Morrison at 11:56 AM No comments:

This work is licensed under a Creative Commons Attribution-Noncommercial-Share Alike 2.5 Canada License.